Imagine how thrilled I was when I learned that I had been named one of TOSCA’s favorite American artists. TOSCA is the most comprehensive arts guide in the Twin Cities. They put out a slick magazine called Exploring TOSCA 4X a year and have a website www.tctosca.com The magazine was highlighting Minnesotan Artists, and but in 2011 it was decided to include an artist from each of the rest of the states. In 2011-2012 it named me Alaska Artist of the Year. In 2017 they chose their favorite American Artists, and lo and behold, I was featured again.

As they said in their introduction of this section of the magazine, “Selecting an artist from each state is not an easy task. Our approach has been to select artists whose work we felt our readers would love. Their work had to have at least 2 or more of the following qualities: 1) Beauty 2)Originality 3)Meaningful symbolism 4)Artistic skill/talent 5)Delight/humor 6)Intellectual challenge 7)Historical, political, or social significance and 8)Interesting subject matter. An artist might be excluded if their website was not user-friendly or lacked contact information. Work that might be considered offensive was also not considered.” Oh boy, maybe I got lucky but somebody liked my art. They believe that art speaks to your soul.

Here is how they featured me in the 2017 Fall Edition. 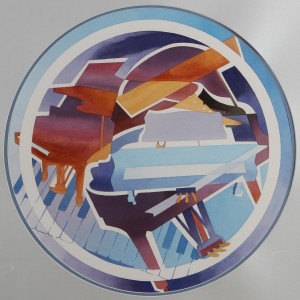